Finding our airbnb in Morel was straightforward, close to the station and cable car, and also conveniently to the mini supermarket, which was our first task after finding our way around the appartment and checking out the facilities we had to cook with. A delightful pasta with garlic and tomatoes was rustled up by Sally and finished off with special carnival pastry.

The weather was quite good but I was feeling under the weather so after much debate, which involved Amr having a solo trip to Geneva ‘just for the ride’, he was dissuaded and he and Sally went int Brig and came back laden with goodies for lunch and dinner. Swiss fondue for lunch was so filling we didn’t even want dinner!

Low cloud and poor visibility didn’t put us off hopping on the cable car to Riederalp ready for a walk.

The paths were not too clear but we found our way onto the route to Bettermalp, 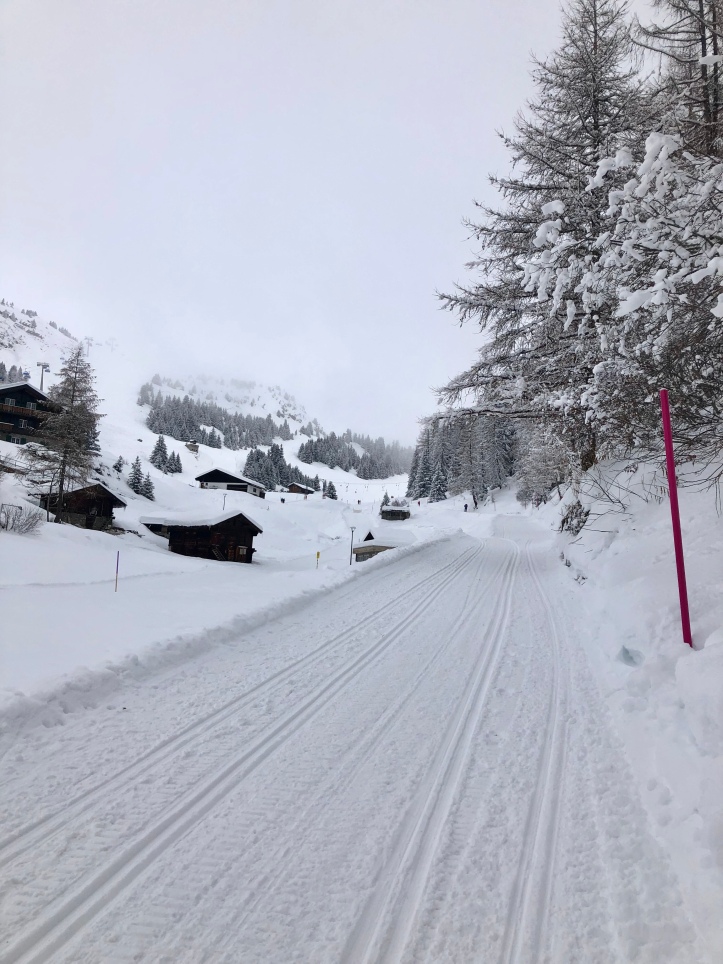 but half way up the incline, we were all feeling the effects of our last few days exertion so decided to walk along to Reid-`Mörel and take the cable car down and have a relaxing day. 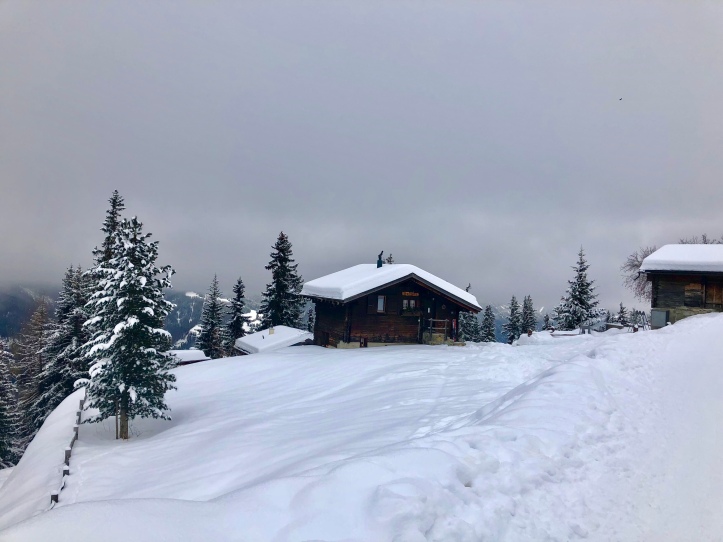 Today we had Wiener schnitzel, potatoes and salad, with enough salad left for supper.

Feeling more energised after a good nights sleep, it was time to leave, and of course there was heavy snow falling, which had been falling overnight, making dragging suitcases tot he train station difficult, and of course Amr now didn’t want to leave he was enjoying the snow so much!