It’s one of those things that’s on everyone’s bucket list, something you’re going to get round to one day….

Well today was the day! We crossed the Rainbow Bridge over the river separating USA and Canada, no delays or issues with crossing the border and were soon checked into our hotel ( its all my sister fault, she sent me the picture of the hotel and the views over the falls so it was a no-brainier as to where we had to stay!).

The views from the room were stunning, but we tore ourselves away to get closer and viewed the American Falls

before heading back over the bridge into USA again on foot. The Horseshoe Falls were shrouded by mist which spread across the town giving it a ghostly feel. 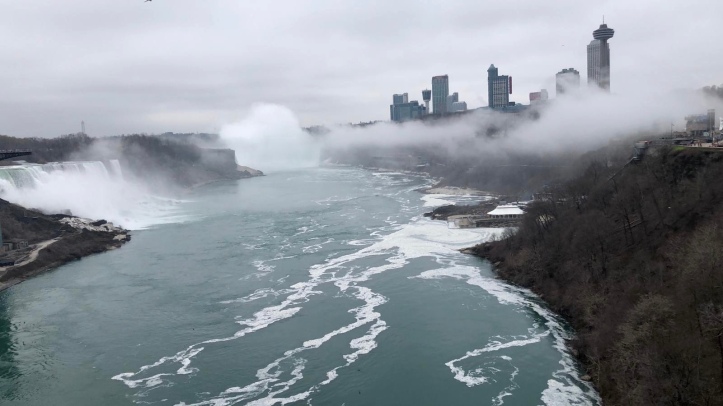 We were surprised how easy it was to hop between the two countries.

Fortunately there were not too many people about and we could see the falls easily without having to jostle for space. 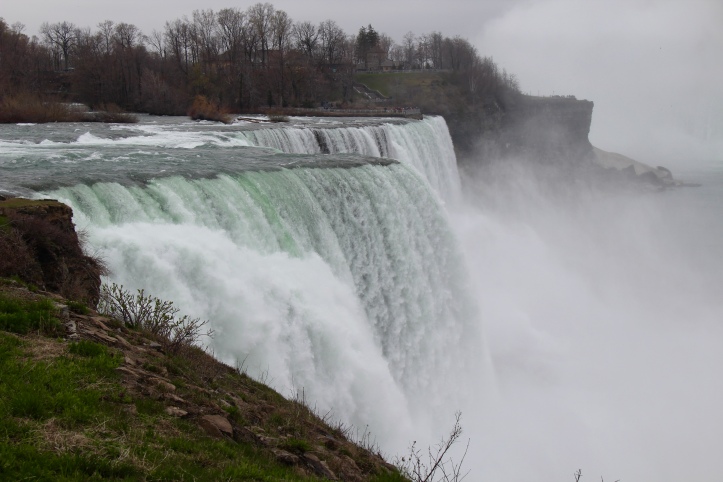 The noise of the water thunderering over was immense, 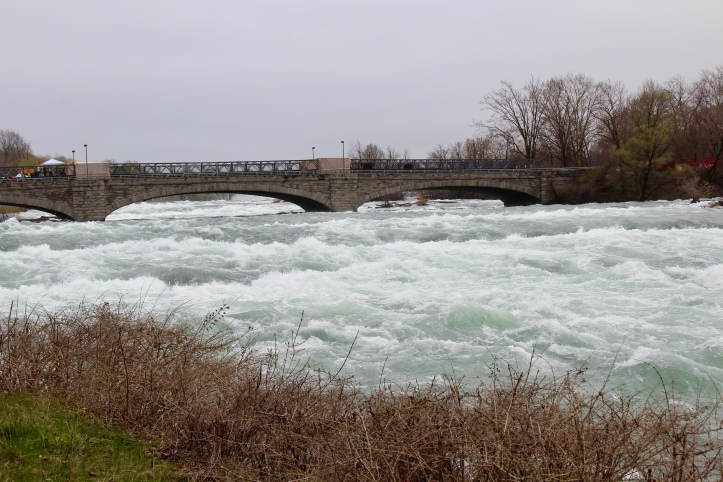 watching the river before it hit the falls it was truly wild, and full of huge ice blocks which we had seen from above when crossing the bridge on entering Niagra.

We walked round to the Horseshoe Falls 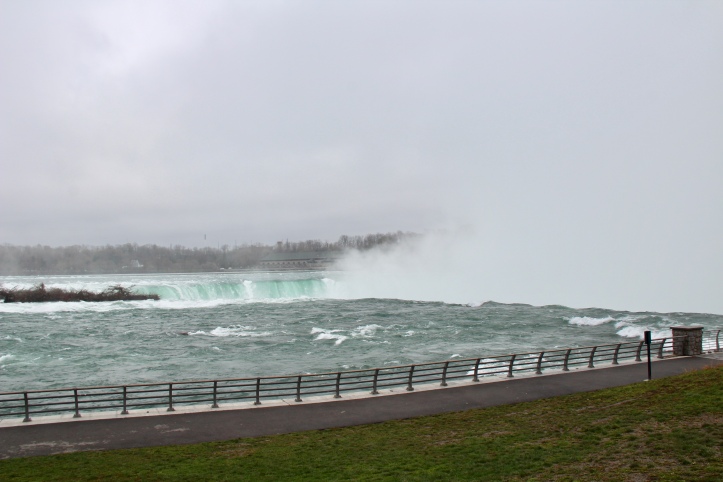 but the mist obscured them sadly.

We decided to push the boat out for dinner (the excuse was it’s Kareem’s birthday so we should celebrate!) and booked a table at the steakhouse with views over the falls. We were not disappointed the views were fabulous as we enjoyed the most delicious steaks followed by a Baked Alaska 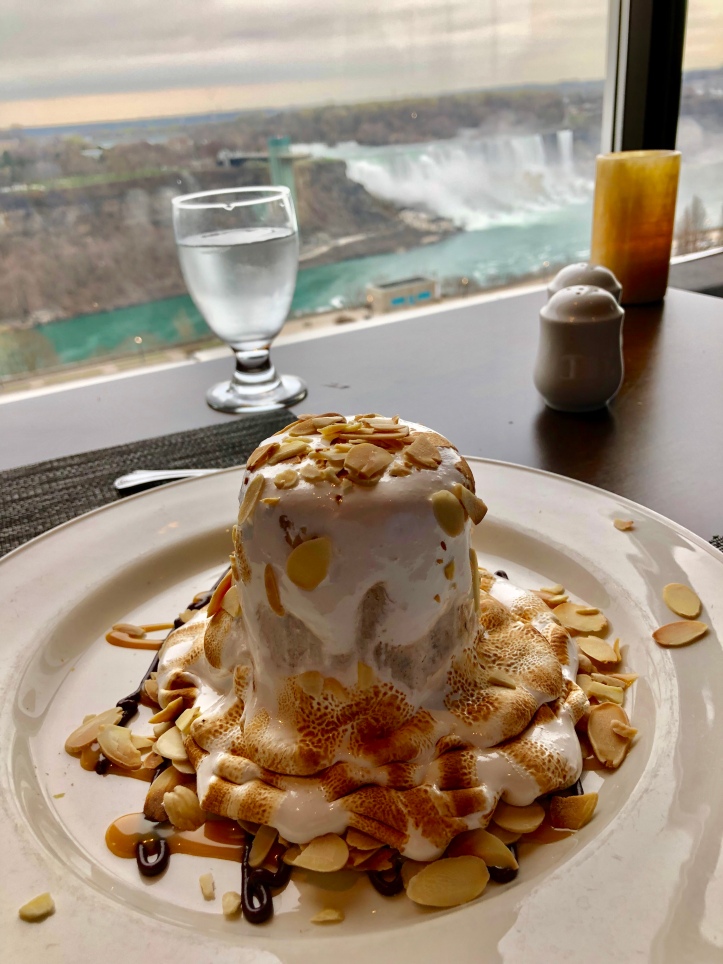 which was so good I’ll forever be disappointed with any other one! (Think Iain Rodley and Sally’s millionaires shortbread or Colin Gibson and Sally’s Eggs Benedict!)

After dark the falls are illuminated in varying hues and colours, 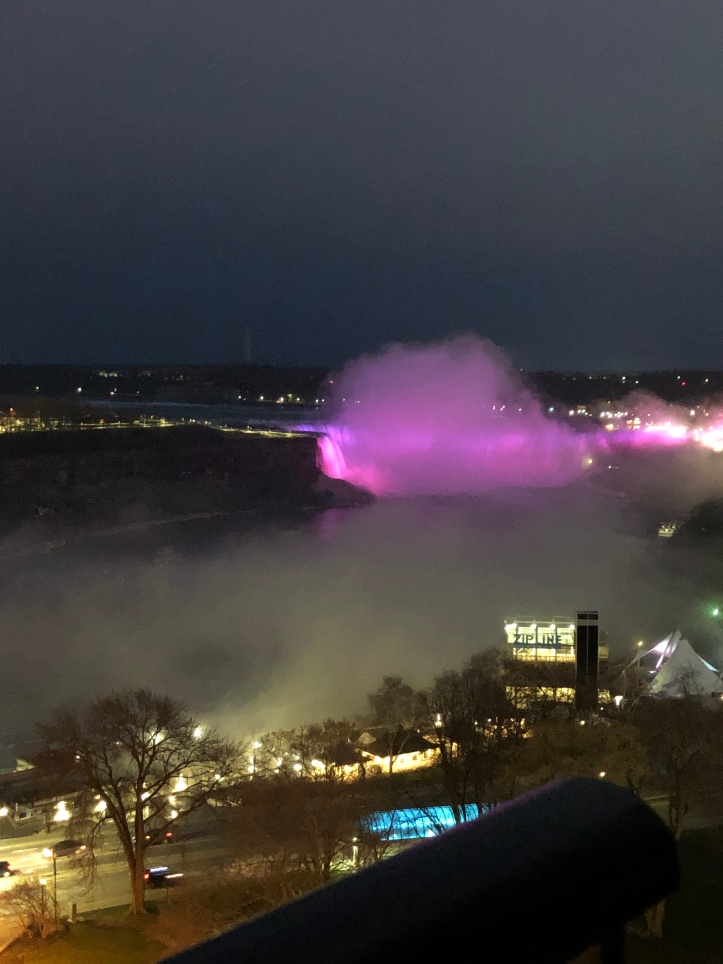 which we had to open the window and endure the cold to truly appreciate.

Unfortunately we were too early for the fireworks which only starts later this month.

Waking with anticipation of views of the falls, which was dashed as we opened the curtains to find everything in heavy mist,

which stayed with us whilst in Niagra Falls, the shoreline of Lake Ontario and Niagra on the Lake.

Niagra on the Lake was a delightful town, a complete contrast to the brashness of Niagra Falls. 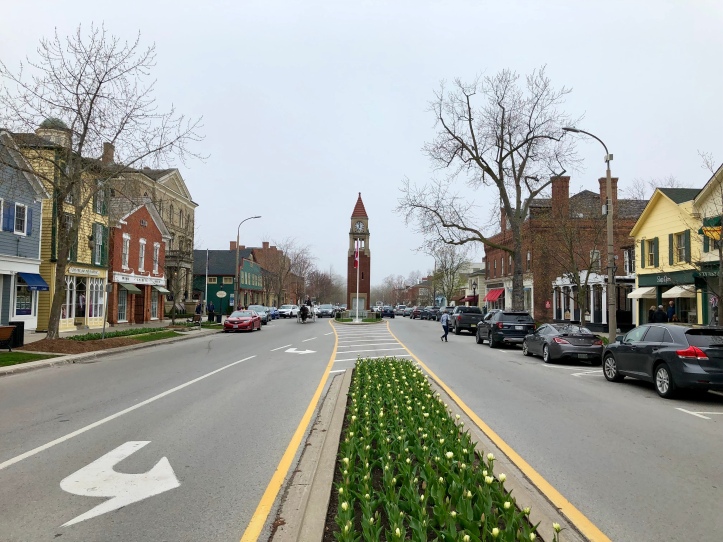 arty shops and a feeling of peace, even if we still couldn’t see the lake!