Waking to the forecasted rain and clouds we were pleased that today was a travelling day. We had however thought to stop along the way and view the Lakes, Pancake Bay, do some short walks in Lake Superior Provincial Park… none of which we were able to do. Rain itself doesn’t worry us much, we live in Manchester after all! However, being too early in the year for the area everything was closed! 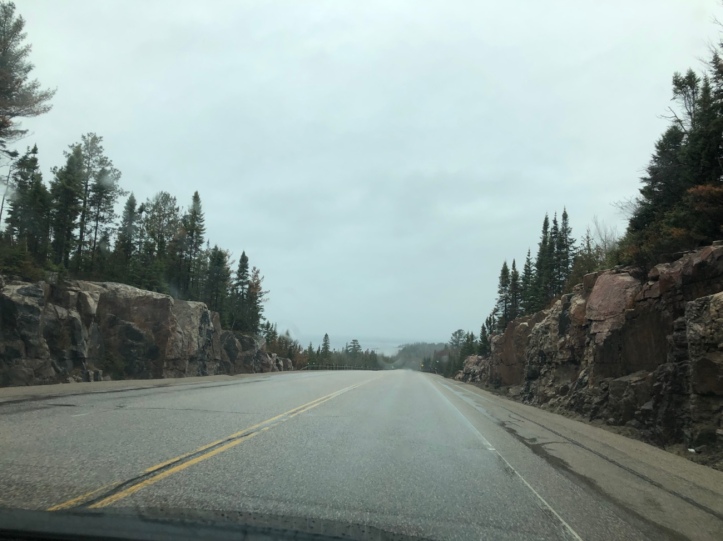 It was interesting to see that the road was not quite the wilderness we had been led to believe it was, but lots of small homesteads and businesses along the way.

and took the path to view them better and found further falls slightly further upriver.

Snow still not completely melted among the trees, 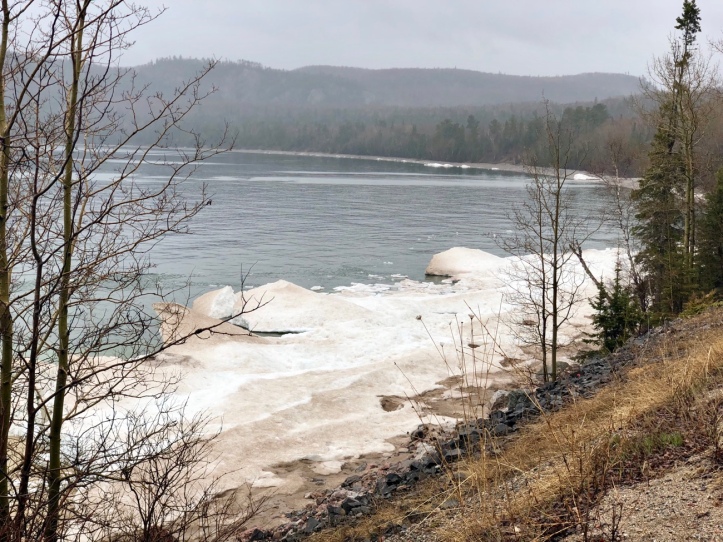 and we passed many lakes still frozen over.

hurrying back to the shelter of the car.

noting the giant statues of Canadian Geese outside of the visitors centre which was closed and the general store which we will explore tomorrow, and found the central hub of Tim Horton’s! Everyone seemed to be in there and everyone knew each other or so it seemed. Lake Wawa was a beautiful sight,

still mainly frozen, looking forward to exploring it more when the rain eases off, fingers crossed for the weather tomorrow !

A better start to the day and we set off to explore the harbour and village of Michipicoten, nice views of Lake Superior, Silver Falls was gushing water, 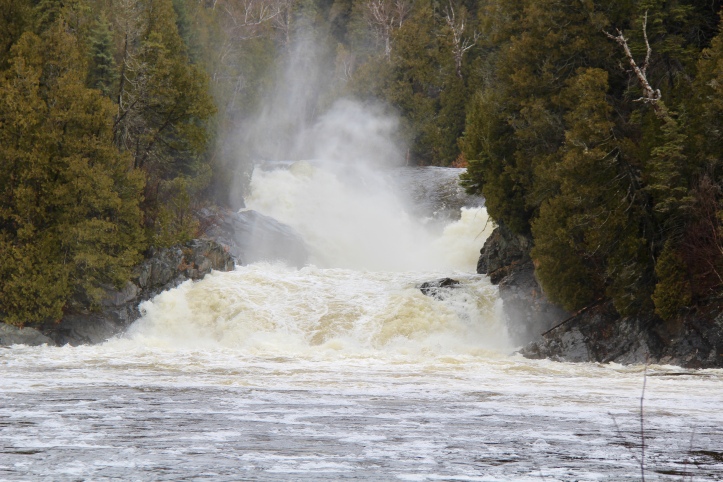 but the trail leading to High Falls looked very narrow and overgrown. Sandy Beach was just like the name says, 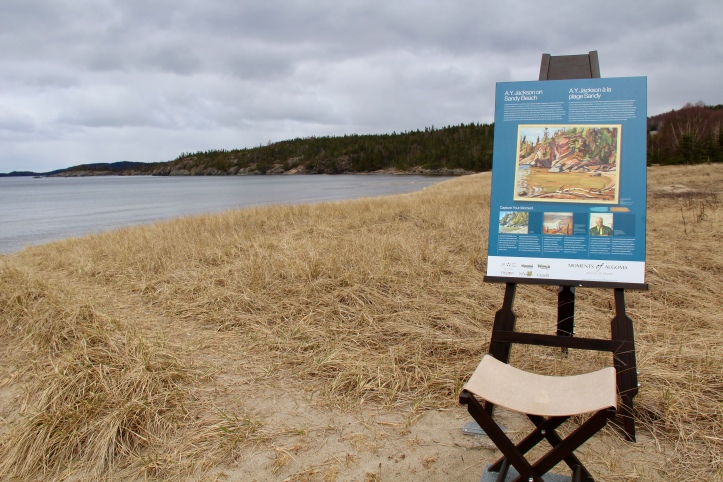 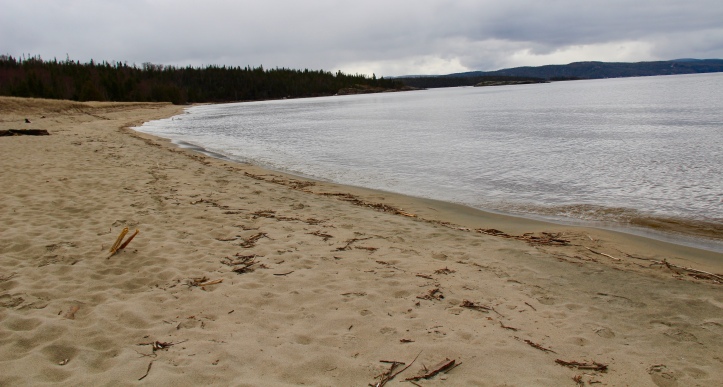 which you kind of don’t expect on a sweetwater lake. Lots of animal tracks had us wondering what had been here before us, and were they still here…

Other than that there is little at Wawa at this time of year. Although we did spend some time in Youngs General Store which was a fantastic eclectic mix of traditional and homemade/local goods, and the local Value Store which had a good selection of just about everything you would need!

Unsure what to do on our second day, we woke to bright sunshine, homemade pancakes and maple syrup with generous portions of fresh fruit from the Value Store. Disappointingly the road to the High Falls was closed, the road which heads off from Wawa lake that we had thought to explore was a private road, so we had one of those relaxing days recharging the batteries and found if we braced ourselves from the cool wind we could catch the wifi signal from the main reception office!