Waking early enough to see the sunrise the beautiful sunshine belayed the cold, the ground covered in hard frost, and the car took ages to defrost the windscreen without a scraper! 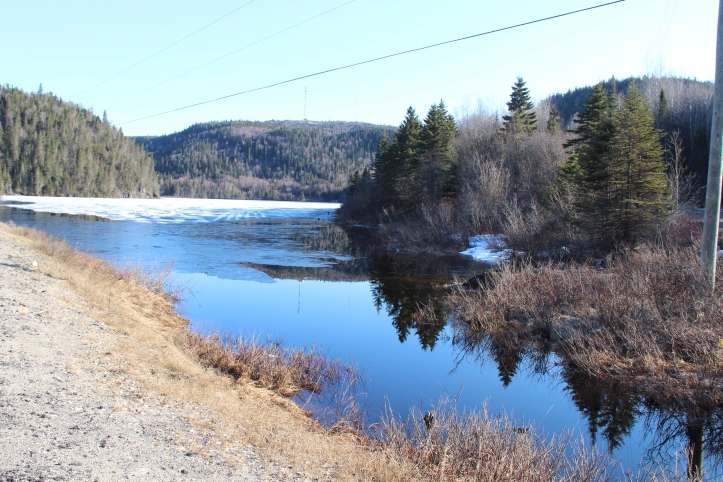 the road travelled in the main by Lake Superior so there were delightful views,

Stopping in Terrace Bay we made our way to the beach,

talk about two for one! First you see the beautiful sandy beach, then as you get out of the car you here the sound of water

from the falls pounding their waters into the lake. 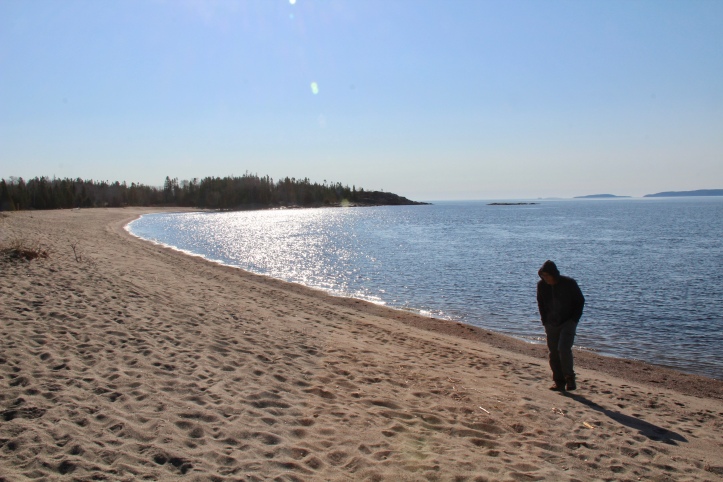 Deserted today in the cold wind you can see that in the summer this will be a fabulous place to spend time paddling on the water. We had thought to walk the trail to the upper falls but as it appeared to be deep sand and steeply uphill for 2km we decided not to. Fortunately, having topped up with caffeine at the Village Cafe we noted signs to the falls from the highway. 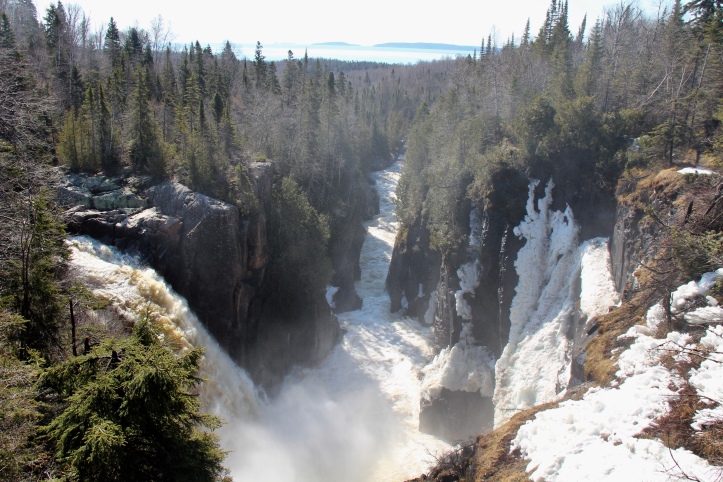 We were stunned at the view over the Aguasabon falls and had an enjoyable chat to two local men who were off for a days hike, one of whom had been brought up in the UK so was delighted to here our accents and share his memories! 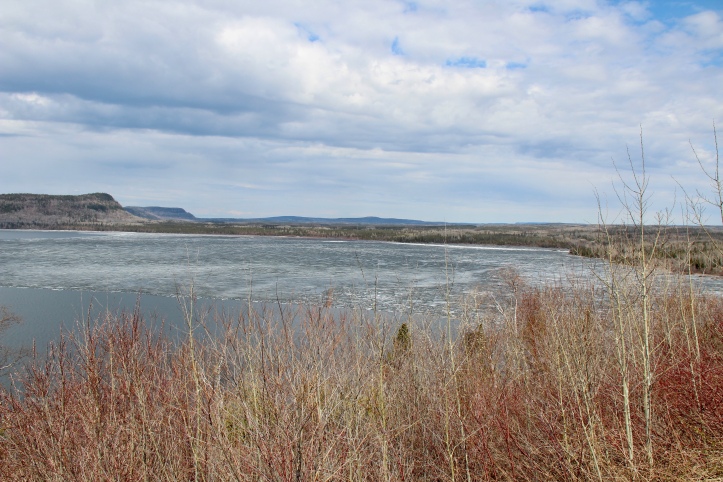 Sadly there are few pull-in spots for the driver to also enjoy the views. All of the viewpoints and parks were still ‘closed for the season’.

The small town of Rossport had lovely views of the lake,

Nipigon has a high tower from which you can see for miles,

and the town itself is more like a traditional town with an identifiable centre and great murals.

We are enjoying finding the artist easels and chair

from the Group of Seven along the way.

From Terrace Bay onwards the wilderness and solitude passes into more occupied and inhabited areas, increasing as we neared Thunder Bay. Spotting a viewpoint that actually was open we were surprised to see how well kept it is, 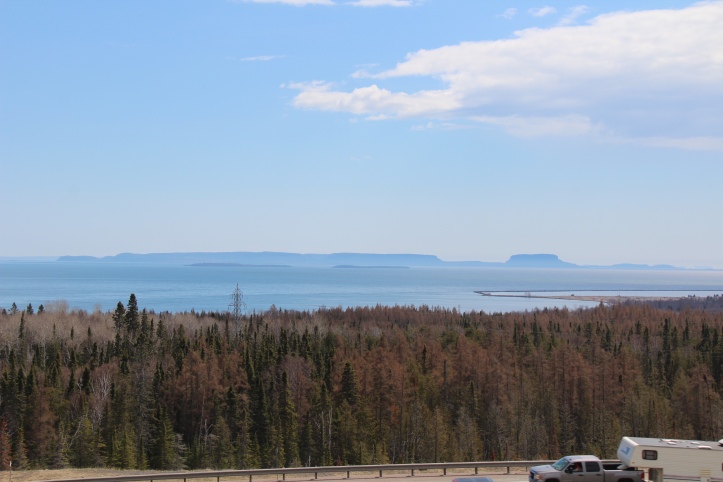 a lovely park overlooking the lake and Thunder Bay in the distance. 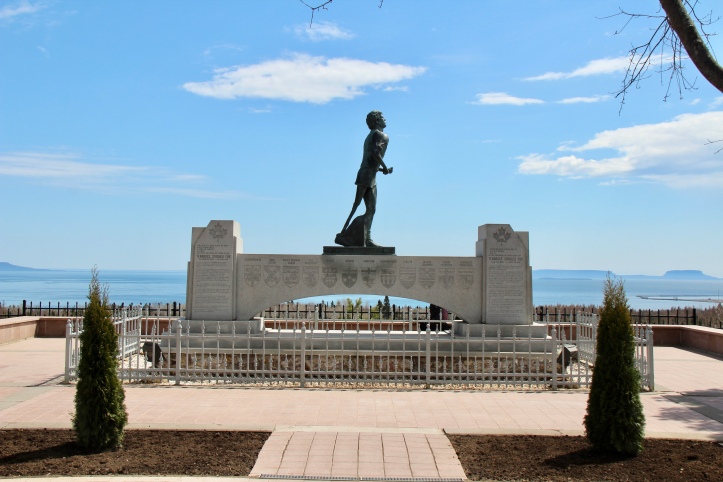 Then we saw the monument to Terrance Stanley Fox (1958-1981) and read the story of the young man who having been diagnosed with cancer and losing a leg, decided to run from Newfoundland to the west coast of Canada, sadly his run ended by Thunder Bay. He raised substantial amounts of money for cancer research so that others could benefit where he had not. Poignant for me as I thank god and cancer research that I am still here today to enjoy life.

Thunder Bay means we’ve hit civilisation again, a large town which we will explore over the next couple of days…. weather and ‘closed for the season’ permitting