Only remembering that it was a Saturday as we neared Falmouth when we hit the queuing traffic, we decided to have a quick change of plan and diverted to Glendurgan Garden, a double whammy as it’s a National Trust property so we could use our membership cards!

Small in comparison to the Lost Gardens, but beautiful in their own right. Lots of different varieties of flowers, shrubs and trees,

which had us using Google’s camera to discover their names, a pretty useful tool if you haven’t discovered it yet!

We followed the suggested route, passing the pretty School Room (not sure why it’s called the school room as it looks much like a Japanese tea house to me!

In tropical style many of the trees had other plants growing on them. 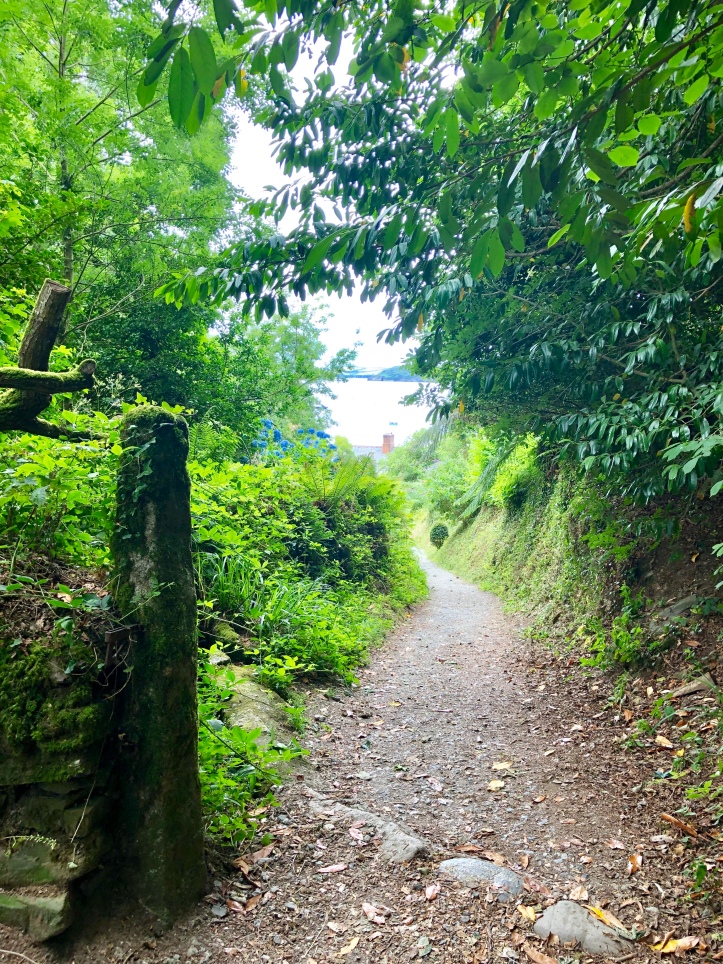 Finding ourselves in the tiny hamlet of Durgan right on the pebbly beach, 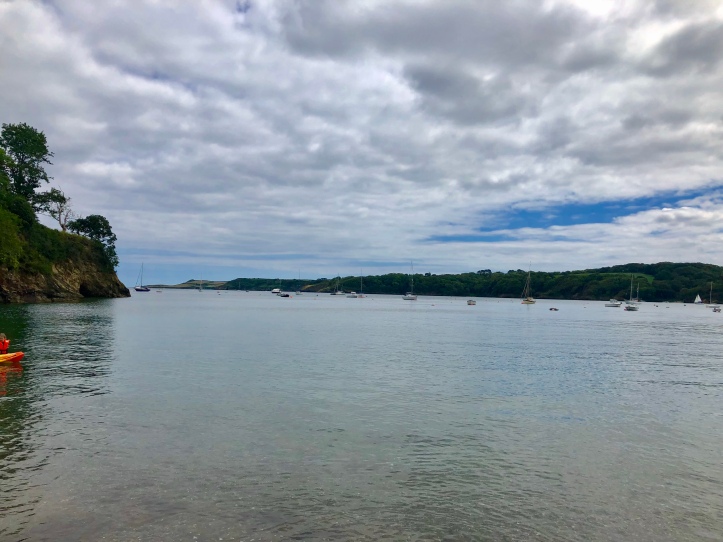 which was pretty much covered as it was approaching high tide. 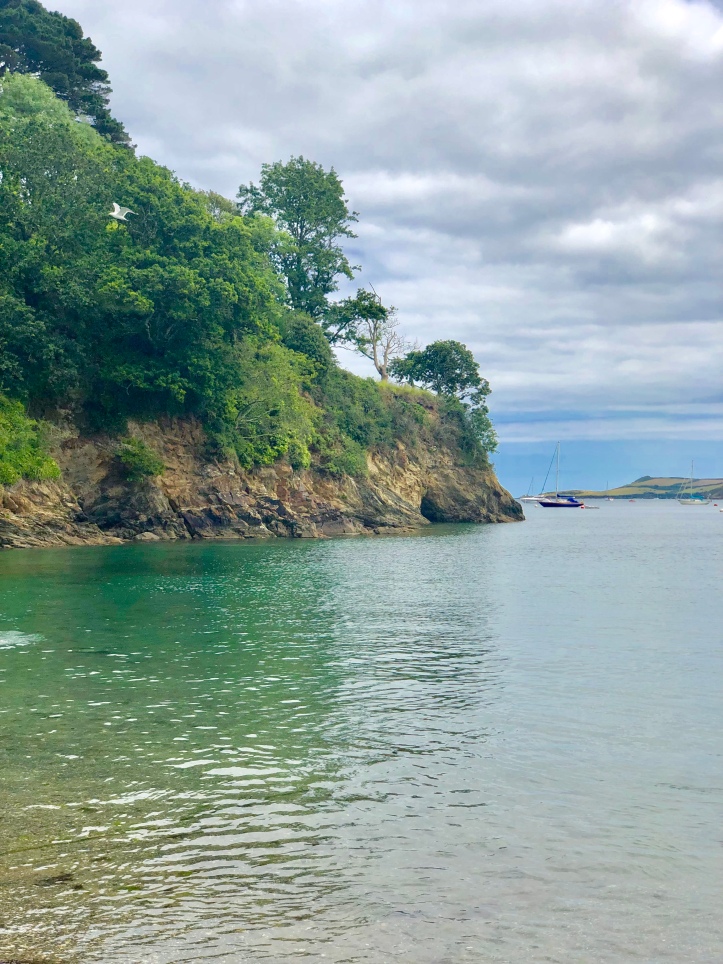 Lots of people enjoying the water, both on and in it, as well as the beach. 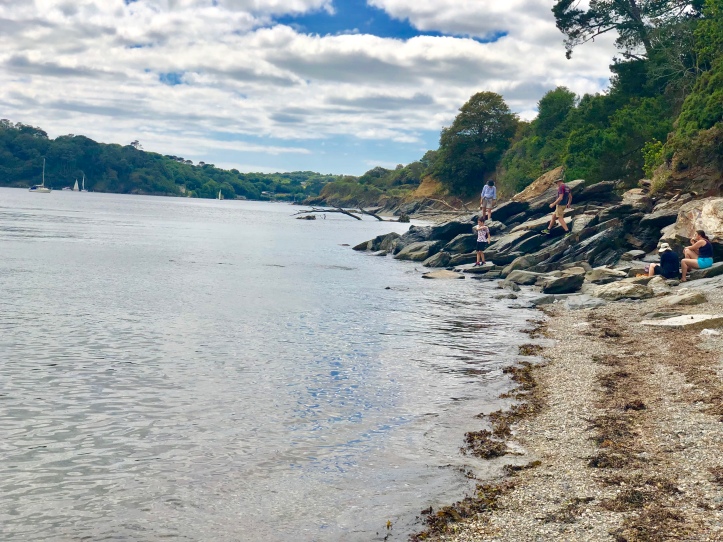 We rested awhile on the rocks and I had fun finding odd shaped pebbles and stones and using my imagination to decide what they looked like, Amr of course seeing something different in each one. 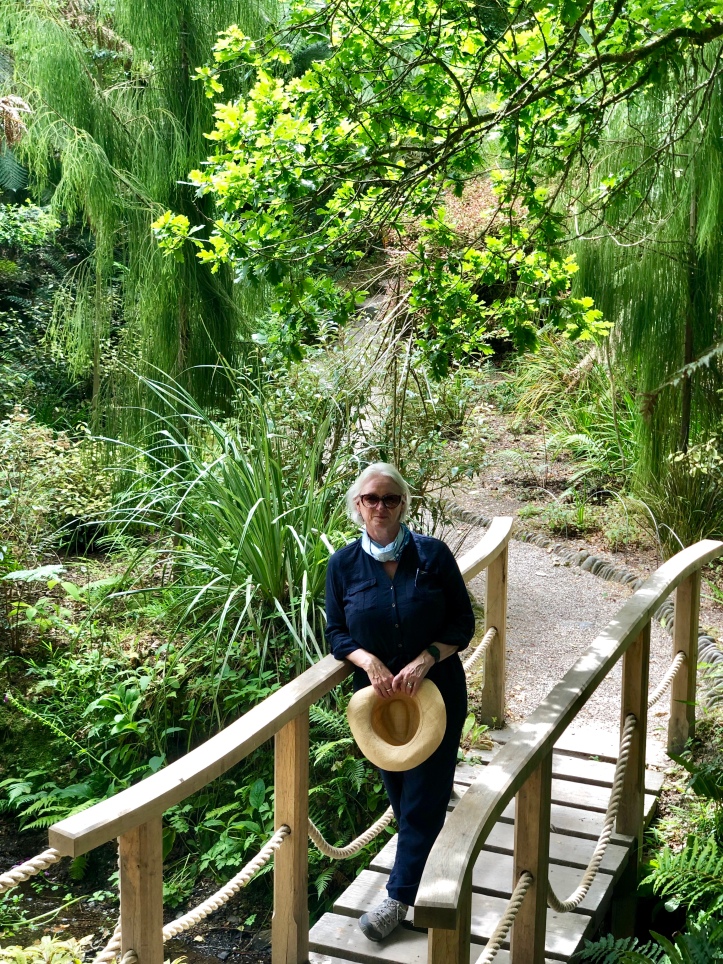 The return path was uphill and slower than the downhill, but we managed to crisscross the valley and back to the maze, 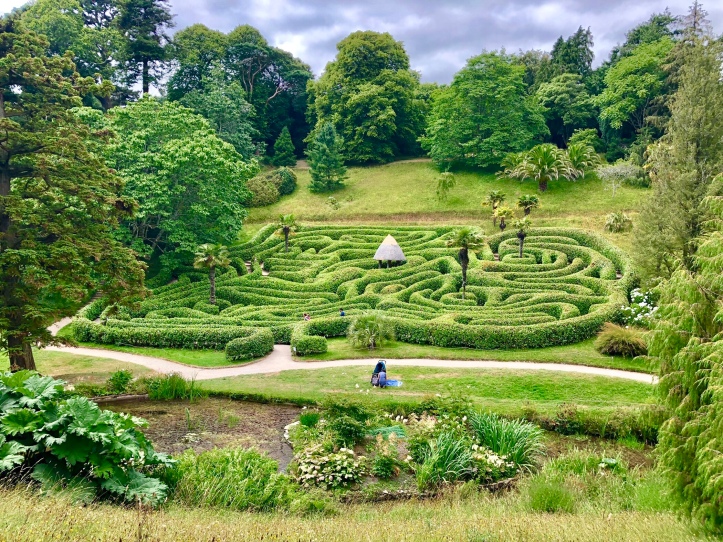 which we decided to just observe as it was more up and downhill. 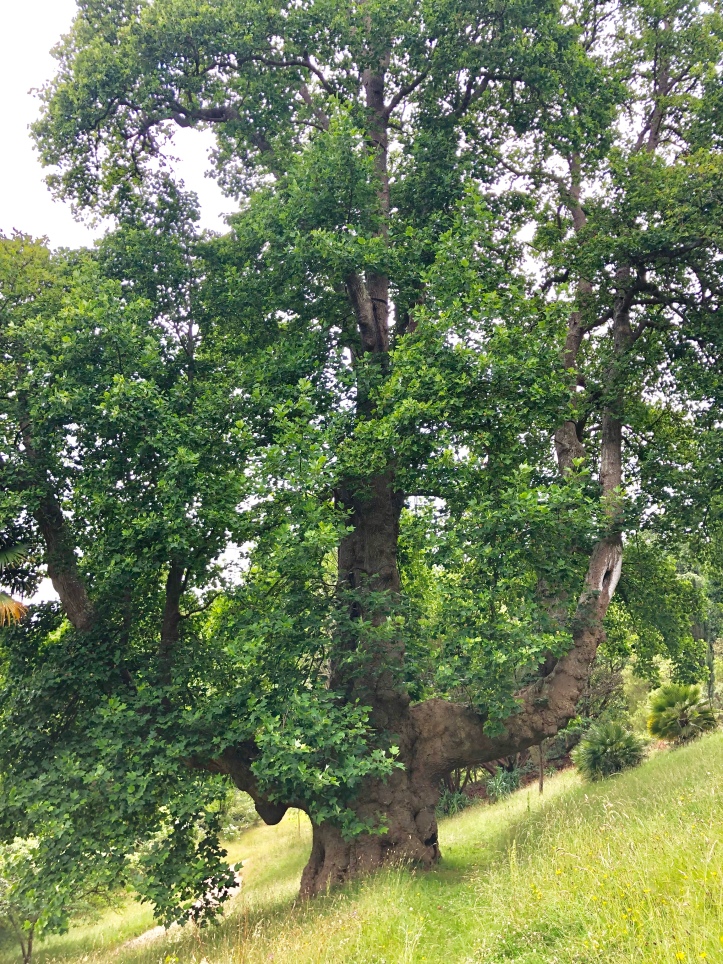 There were some huge trees, this one looked as though it’s arms were ready for a big hug! 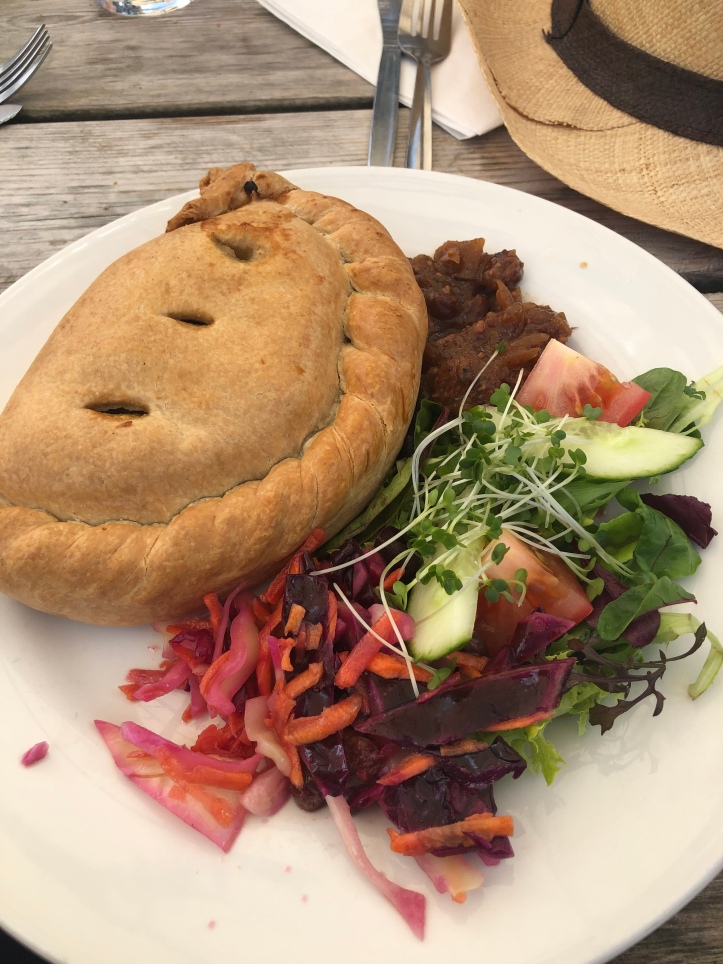 Of course, after the effort there has to be reward, and when in Cornwall it’s just rude not to eat the local delicacy!

Taking the shortcut across the Fal river by Prince Harry Ferry, one of the few chain ferries in the country.