We had been sailing for some time when we awoke and had chance to relax before we docked at Al Balyana to board buses to visit Abydos.

Driving through the town we were surprised to see how large it is, so insignificant on the map but a huge thriving community which stretched as far as the temple itself.

Everyone was on the streets to wave and smile at the buses. Not just the kids, but people of all ages.

We noted that there was genuine pleasure, and much awe at the sight of the buses and police escort as we made snail paced progress among them. Each time we came to a standstill the policemen jumped out and surrounded the buses, so OTT in our opinion.

I know I have visited here before, but as it’s over 40 years ago I have only dim memories and on arriving I can honestly say I do not recall it.

Our guide had travelled three hours from Luxor to accompany us today. 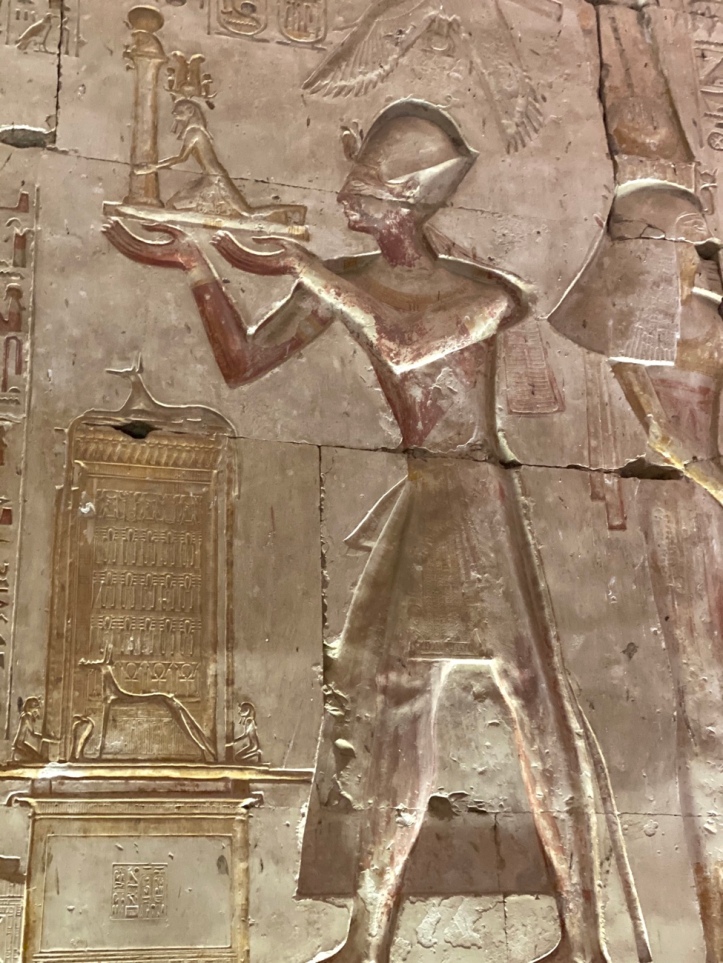 He was very interesting and knowledgeable about his subject and we were torn between listening to him and looking in awe at the temple and scenes depicted on the walls.

This is a most beautiful temple with a very rich history attached. 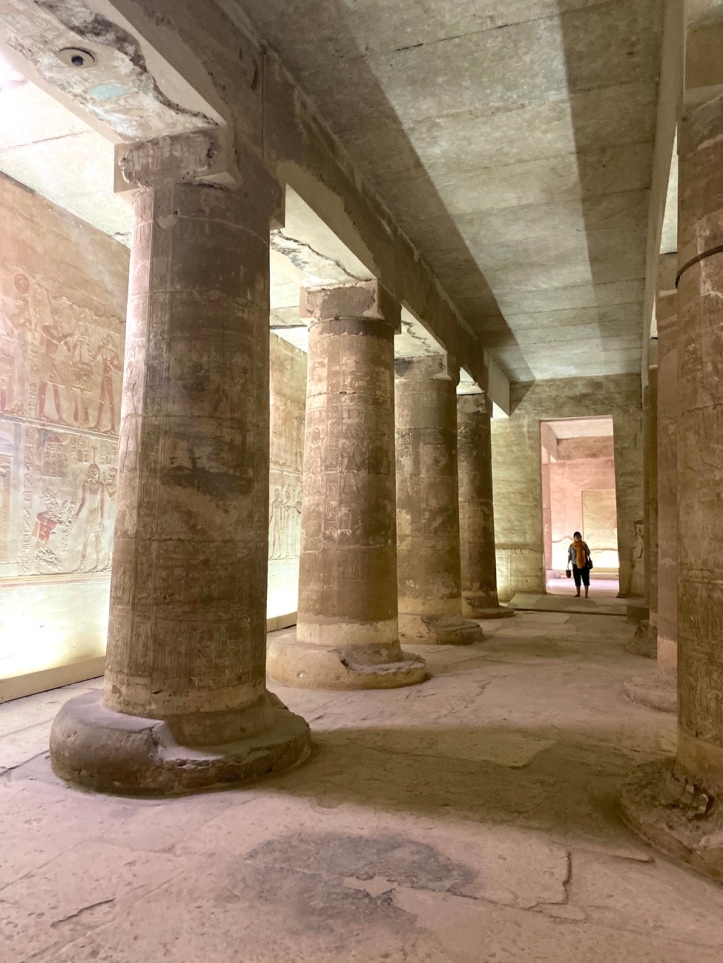 We are beginning to put all the pieces of gods and pharaohs together and understand the stories, we will never make Egyptologists but we are less ignorant than we were. 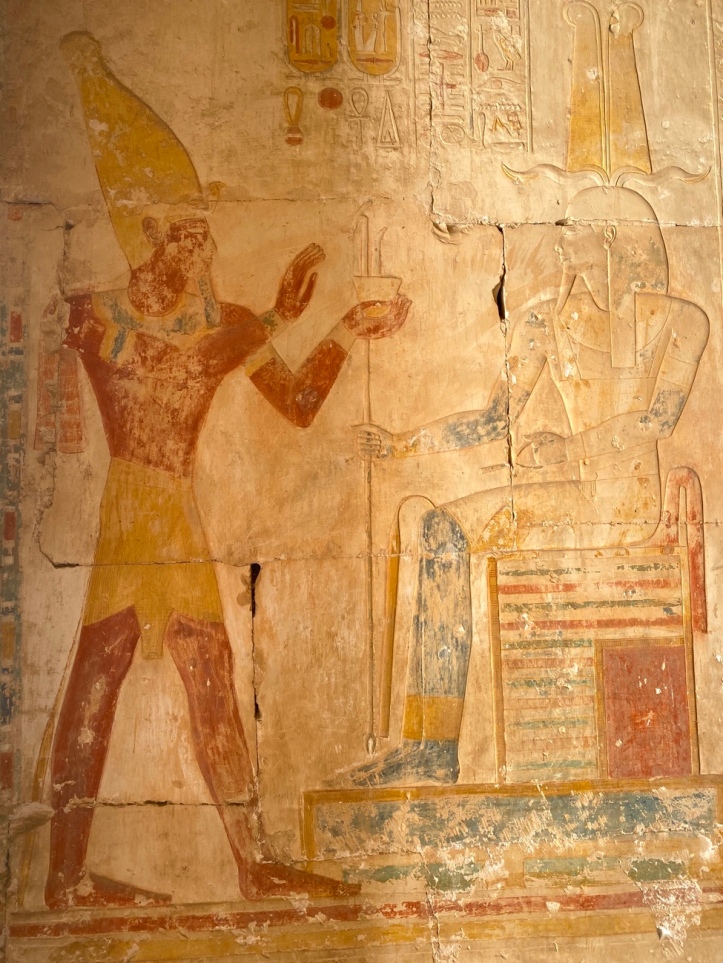 It was fascinating to watch the street scenes as we made our return journey. Tuk tuks dashing between donkeys, lorries and people. Street markets on every corner.

We passed through the lock of Nag Hamadi, it was amazing how quickly the water rose as soon as the lock doors were closed.

We progressed a little further then had to wait until 11.30 when the railway bridge over the Nile made its once daily opening, we missed this as we needed our beauty sleep. We did however have chance to watch a local wedding taking place right next to where we were docked.

Despite on the mod cons of video cameras and large screen tv displays etc, the sexes were very clearly separated by a large divider so they could not mingle.